The independent and boundaries commission has revoked Mike Sonko’s clearance to contest for the Mombasa Gubernatorial seat.

IEBC made this decision after the supreme court decreed that Sonko’s impeachment was constitutional and he was fairly removed from office.

This decision from  the supreme court prevents Sonko from holding any public office now and in future.

“In adherence to the supreme court judgement you are therefore disqualified from holding any public office and thus being elected as the governor of Mombasa or any other county .Your candidature is invalidated and your certificate revoked,”reads the letter .

Key qualifications for one to peruse any public seat ,is that the aspirant must be clean from abusing public office. 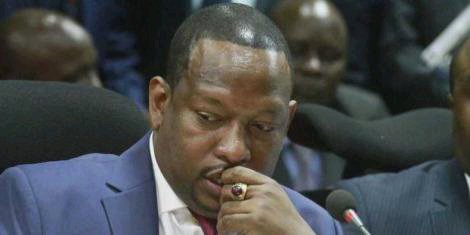 “Chapter six of the constitution was not enacted in vain or for a state officer is a public trust to be exercised in a manner that demonstrates respect for the people; brings honour to the nation and dignity to the office .It vests in the state office responsibility to serve the people ,rather than the power to rule them,” the supreme court ruling states.

Sonko on the other hand has exhausted all appeals routes.