Ebola Virus has claimed it first death among the medical fraternity in Uganda. The Tanzanian doctor died while helping the Landlocked country deal with the deadly disease. Uganda has been experiencing surge in a recent outbreak of the disease. The disease has claimed over 10 people since it was first reported in the last two weeks.

Before the recent outbreak in Uganda. Ebola outbreak was majorly witnessed in West Africa in 2014. The pandemic in the west of Africa saw the African continent come together in order to vanquish the disease.

Since its discovery in 1976, the majority of cases and outbreaks of Ebola Virus Disease have occurred in Africa. The 2014-2016 Ebola outbreak in West Africa began in a rural setting of southeastern Guinea, spread to urban areas and across borders within weeks, and became a global epidemic within months.

According to the World Health Organization, vaccination against the rare Sudan strain hasn’t been tested for efficacy. However, the Ervebo (rVSV-ZEBOV) vaccine has been found to be effective in protecting against the Zaire variant of the Ebola virus.

Kenyans are being asked to remain vigilant and safe. Counties at the border are beefing up screening tests. This will help curb the spread of the virus to Kenya. 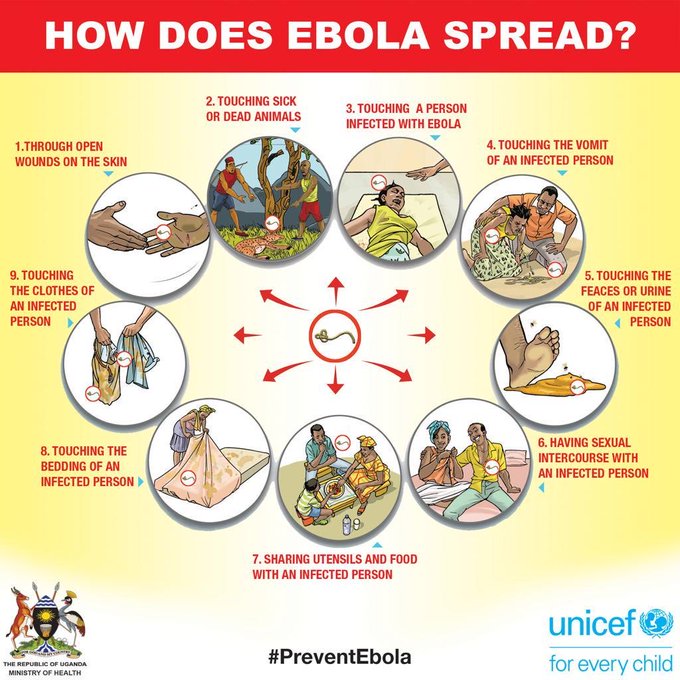 Anger tends to mislead and make someone act in a diffrent way. On November 23, 2022, a mother of five...

Priest Arrested For Allegedly Defiling and Killing a Minor

Witchcraft is a myth often believed by many, and if one is accused of  such  practices they face dire consequences....

American rapper Kanye 'Ye ' West has declared his 2024 presidential bid. Over the weekend, Kanye made his announcement days...

With money one is like a magnet of attraction. In the streets of Muraga Town, Tom Ikoya a 60-year old...

The Miracles of Prezzo; forcing emergency contact 999 to work

Rapper Prezzo says he made the emergency system 999 starts working. Speaking in an interview with Makena on 'Glow up with Makena', Prezzo...

Priest Arrested For Allegedly Defiling and Killing a Minor