‘My husband was an angel – then he raped me’

Women in Egypt are breaking down the walls of silence surrounding sexual abuse. Now one of the latest fightbacks is against marital rape, an issue which until recently has been largely taboo.

On her wedding night, 34-year-old Safaa was raped by her husband. The attack left her with injuries to her groin, wrist, and mouth.

“I was on my period and wasn’t ready to have sex that night,” she says. “My husband thought I was evading having an intimate relationship with him. He beat me, handcuffed me, muzzled my voice, and raped me.”

Safaa, however, refused to file a police report against her husband out of fear of social stigma. Victim-blaming culture is common here in what is a patriarchal society, particularly if the victim is a woman.

But a turning point came in April when a scene in a television series called Newton’s Cradle that was broadcast during the Muslim fasting month of Ramadan showed a scene of a husband forcing himself on his wife.

For many women, the episode evoked bad memories but it also gave them the courage to take to social media and share their experiences.

In a few weeks, hundreds of testimonies appeared online, including more than 700 on a Facebook page called Speak Up.

Among them was that of 27-year-old Sanaa.

“He was an angel. One year on from our marriage, I was pregnant and about to deliver,” she says in a message to the page. “We had a fight over a trivial thing and he decided to punish me.

“He forced himself on me and raped me. I had a miscarriage.” 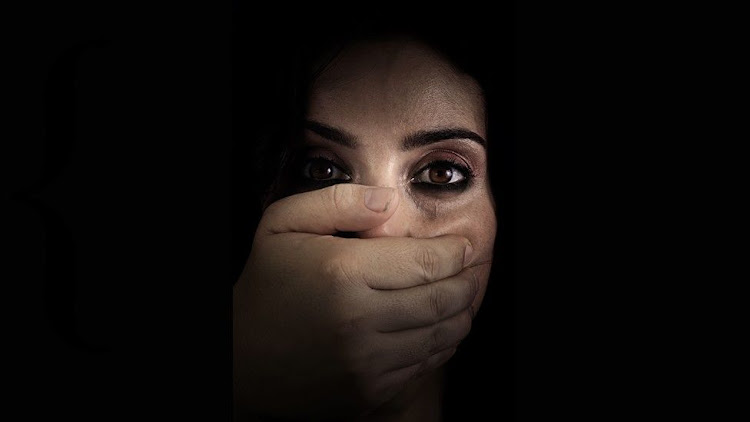 Sanaa fought a lonely battle for divorce and is now separated from her husband but continues to grieve for her baby.

Forced and violent sex is prevalent in many parts of Egypt, particularly on the wedding night.

The growing debate about it got even more heated when an ex-wife of a famous singer took to Instagram to tell her alleged story of marital rape. Appearing in tears, her video went viral and made headlines.

In its most recent study, published in January 2015, the government-run National Council for Women (NCW) said that each year there were on average more than 6,500 cases of spousal violence that involved marital rape, sexual harassment and forced sexual practices.

“Marital rape is blamed on a common culture here in Egypt that believes that a marriage contract binds a wife to be available for sexual intercourse 24/7,” says Reda Danbouki, a lawyer and executive director of the Women’s Centre for Guidance and Legal Awareness.

The common belief here, based on some religious interpretations, is that if a woman refuses to have sexual intercourse with her husband, she becomes a “sinner” and “angels curse her all night”, he adds.

To settle the debate, Dar al-Ifta, the Egyptian Islamic advisory body which issues religious edicts, has said: “If the husband uses violence to force his wife to sleep with him, he is legally a sinner and the wife has the right to go to court and file a complaint against him to get punished.”

Still, the Women’s Centre for Guidance and Legal Awareness has documented 200 marital rape cases over the past two years, mostly because of what is widely known as “first night fear”, Mr Danbouki explains.

Egyptian law does not criminalise marital rape – something which is considered a form of sexual violence by the World Health Organization (WHO) – and courts also find it difficult to prove.

The husband rebuffed the allegations as “baseless” in a video he posted on Instagram in response.

His ex-wife called for changes to the legal system to criminalise the practice.

Most marital rape cases which go to court do not end in a conviction due to Article 60 of the Egyptian Penal Code.

“The provisions of the Penal Code shall not apply to any deed committed in good faith, pursuant to a right determined by virtue of the Sharia (Islamic law),” the article stipulates.

But Danbouki says that marital rape could be proven by “examining the whole body to look for abrasions, external injuries. Wounds around the mouth should be looked for, along with the wrists”.

Change is often slow to come to Egypt, where conservative values still dominate, but for the victims of marital rape, their voices are beginning to be heard.